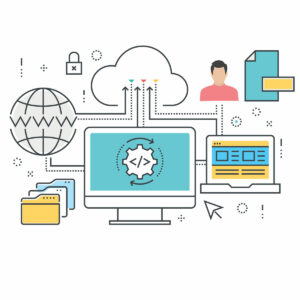 Technical group facilitator and Managing Director of Rezare Systems, Andrew Cooke, describes the collaboration that has led to the current release.

“This release is the result of many hours of work, testing, and fortnightly meetings over the best part of a year. There is a dedicated group of animal recording and software specialists, and because of international time zones they have met at uncomfortable early morning and evening hours. We’re grateful for their efforts.”

The specification is already being implemented by some of the participating organisations. Technical group member and Product Owner data integrations at CRV, Erwin Speybroeck, describes the implementation status at CRV:

“We have been working at CRV to implement the ICAR standard API’s together with Lely. We are actively exchanging milking visit information in production at this moment and are now testing the animal movements and reproduction messages. We expect to get more value later when GEA, Delaval and other parties will be connected.

After that we want to replace our current ADIS FTP-based data products by providing standardised ICAR-compliant API’s that can deliver this information in a more real-time manner.

The ADE specification is open-source and free to use and can be implemented by developers using a variety of modern tools. It is already in use by robotic milking machine and farm software vendors, as well as data exchanges and milk recording organisations. The specification supports a wide range of common livestock species, including dairy cows and milking sheep, as well as beef cattle, sheep, and farmed buffalo and deer.